What is a trades union council?

Trades union councils are local groups of trade unionists. They are elected from trade union branches whose members live and/ or work in the area. Trades union councils are often referred to simply as trades councils (TCs). TCs promote effective solidarity in disputes, joint campaigns on issues such as health, education, welfare and transport, and, in general, provide the vital link between the workplace and the wider working-class community. Trade union branches affiliate to their local TC on the basis of a small annual fee per member, which is usually between 10p and 25p. In turn, TCs support, and can themselves affiliate to, local and national union campaigns for social justice.

What do trades councils do?

TCs’ activities are guided by an annual programme of work, determined by their annual conference. This can include campaigns to defend the NHS, to promote public education, transport, the welfare state, and to support benefit claimants, women, black, ethnic minority, gay and transgender people, young people and people with disabilities.

Trades councils are the local trade union movement! They can be called upon by any trade union branch to show strike or other dispute solidarity, which could be via a picket line, media publicity or a financial appeal. National trade unions can promote their priority issues more effectively when local trades councils assist with publicity, leaflet distribution, recruitment, and speakers at meetings. When trades councils respond to strong feeling in working-class communities, they can report this to the Trades Union Congress (TUC) at regional and national levels.

Trades councils can combine within one or more local government areas to form a delegate-based county association (CA), which meets to co-ordinate campaign and solidarity work across that wider area. Trades councils can also send delegates to regional TUC meetings and conferences, either directly or via their CA, and may have seats on the Executive Committee of regional TUCs.

There are about 150 trades councils in England and Wales, and about 25 county associations. These are represented nationally by the TUC Joint Consultative Committee (TUCJCC), which has nine elected trades council delegates and meets with members of the TUC General Council six times a year. There are also trades councils in Scotland and Ireland that have links with the TUC and their own national TUCs.

This is held annually and consists of delegates from local TCs and CAs. Conference discusses a report from the TUCJCC, motions relevant to the movement, current campaigns and new programme of work ideas via conference workshops. Conference selects a single motion for the TUC annual Congress, and elects a delegate to move that motion.

Is your trade union branch affiliated?

Just as all unions are affiliated to the TUC at regional or national level, all trade union branches should affiliate to, send delegates to and play their full part in their local trades council. For details of local meetings, current campaigns and affiliation fees please contact your local council.

There are nearly 60 trades councils in the London, East & South East (LESE) region with new ones being formed. The relentless work offered by Trade Union Council members and supporters can never be underestimated.

TUC LESE themed Trades Council Conference is held annually and promotes the voice of workers and the value of trade unions. 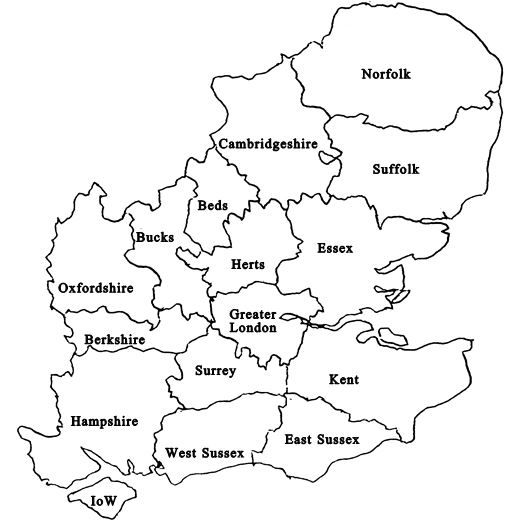 The TUC is committed to organising activities at which everyone can participate in an inclusive, respectful and safe environment. The TUC has zero tolerance for any type of harassment, including sexual harassment. Aggressive, offensive, intimidatory, disrespectful or unacceptable behaviour or comments will not be tolerated. This supports the commitment set out in the TUC’s rules to promote equality for all and to eliminate all forms of harassment, including sexual harassment, prejudice and unfair discrimination. This policy applies to all aspects of communication at or in connection with an event, including postings on social media.

If you have any concerns about behaviour that you want to raise then please contact us by email lese@tuc.org.uk

For your information and support:

Existing since January 1999 after the merger of the Eastern Region of the TUC with London & SE. The CWU, UNISON and PCS re-launched in 2011 as a reaction to the austerity agenda of the Coalition Government formed in 2010.

Established over 12 years, SETUN aims to invite appropriate representatives in governance/decision making bodies e.g. Councillors, MPs, MEPs, but not necessarily to every meeting, to discuss issues in the region affecting trade unions and their members and communities. This includes public and private sectors, education, NHS, jobs in the region, transport, housing, environment, business, etc. Lobbying group to meet with MPs and highlight issues of concern.