A Tribute to Tony Benn

Tony Benn said: "Nobody can extend their own life by more than a minute, on the other hand if you study history you extend your experience by thousands of years.” He was passionate about learning the lessons of history. No more so than the story of the Tolpuddle Martyrs.

“Tolpuddle gives me the confidence to keep going. It reminds us of every issue we’ve ever fought. Going to the festival is my annual injection. We need more Tolpuddles.” 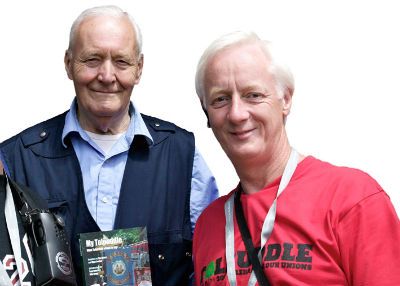 When I joined the South West TUC and we began to transform the traditional rally into a vibrant festival, Tony Benn seemed an obvious speaker to invite. Some still feared that his left-wing status would deter other speakers or somehow frighten the horses. When I invited him, he was genuinely honoured. In 2000 he came and inspired the crowd. I cannot think of any other political speaker who the audience demands come back on to the stage for an encore! 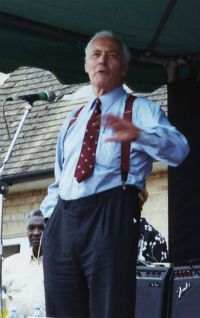 He spoke every year since then and I got to know him. His speeches were often punctuated with the same quotes from the Bible to Chinese philosophers. He passionately opposed cynicism and urged people to engage in politics. He was a tremendous Parliamentarian throughout his fifty years as an MP yet his political authority was as great outside the House of Commons as in the chamber.

He was generous to everyone including far left groups who he often supported yet he argued for the Labour Party as the vehicle for social change. He was an ardent supporter of working people especially those fighting in disputes such as the miners’ strike and lots of others. He led the movement against the Iraq war and he demanded that our leaders be accountable for their actions. He always asked how people got to positions of power and how we can remove them. 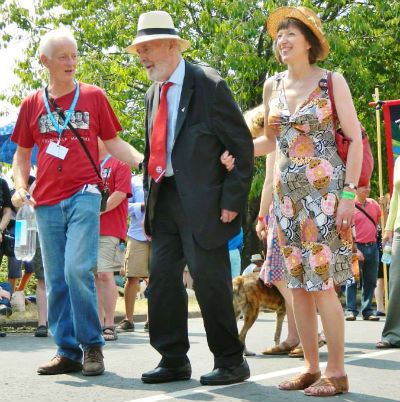 He never strayed into personal abuse despite the vitriol that he endured for so long. He went from Britain’s most hated man to its national treasure. At Tolpuddle it would take ages for him to walk through the site. Everyone wanted to speak to him, shake his hand and have their picture taken with him. He wanted to talk to them too. At the end of the day, often late into the night he would call to thank the organisers and the person who made him a cup of tea and took him back to the station. He would try to remember everyone’s name. He was an approachable, lovely man and he earned political respect but also enormous affection.

He was generous to me when he wrote the foreword to my book, West Country Rebels. Of course he featured as one its entries. He loved this part of the country from his time as Bristol MP, his connections in Devon and his regular trips to Tolpuddle.