Owen Tudor is a former TUC employee. He was elected as Deputy General Secretary of the ITUC in December 2018.

Owen Tudor became Head of the TUC's European Union and International Relations Department in 2003. He is a substitute member of the European Trade Union Confederation (ETUC) executive committee and the International Trade Union Confederation (ITUC) general council. He sits on the FCO's Wilton Park Advisory Council and is the Secretary of TUC Aid. He is a Director of the Ethical Trading Initiative and convenes the trade union caucus.

Since he joined the TUC in 1984, Owen has dealt with training policy, the arts, education, youth organisation, social security, disability, health and safety, industrial injury benefits and rehabilitation. He founded and for two years published Risks, the TUC's weekly online electronic bulletin and now tweets at @TUCGlobal. He has represented the TUC on the Health and Safety Commission, the Industrial Injuries Advisory Council, the Social Security Advisory Committee and was a founder member of the Civil Justice Council.

From 2000-2003, he was a member of the Administrative Board of the European Agency for Safety and Health in Bilbao and from 1997 to 2003 he was an alternate member of the EU Advisory Committee on Safety, Hygiene and Health for which he produced several opinions. He has acted as an expert for the EU Economic and Social Committee on several occasions. He is a former Director of the Occupational and Environmental Diseases Association, Trustee of the British Occupational Health Research Foundation and of the Royal National Institute for Deaf people (RNID), as well as the Ethics Committee of the Faculty of Occupational Medicine. He is a member of the Court of the University of Surrey.

Owen was born in 1961, and was educated at St Paul's School, London before going up to Lady Margaret Hall, Oxford University, where he gained a BA (Hons) in Philosophy, Politics and Economics (PPE). He is an ex-member of the Fabian Society National Executive, and of the editorial board of New Socialist. He lives with his wife, Sarah Carthew, and their son Charles in Welwyn Garden City. 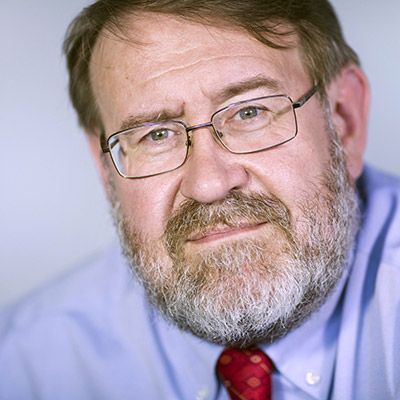 Related
content
Blogs
A message to Congress from a Brazilian jail
Today Congress stands in solidarity with Brazilian trade unionists – and trade unionists around the world – in calling for the release of jailed former Brazilian President Lula
The TUC has backed the single market for 30 years - here's why
Ahead of today's Congress debate on Brexit, here's why we continue to support single market membership
Are unions winning the US Mid-West?
Missouri's vote to reject damaging right to work laws is a major victory for the trade union movement. If they can change things there, we can change things everywhere
More blogs
Join a union
Enable Two-Factor Authentication