Migration and the South West 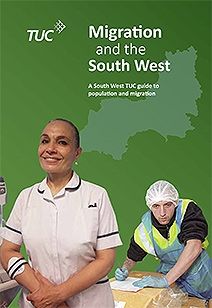 Population in the South West has been rising although not as fast as many people believe. The increase is due mainly to people living longer and moving into the region from elsewhere in the UK.

There are variations across the South West with more people leaving Cheltenham, North Devon, Plymouth and Weymouth and Portland than arriving. The region’s population is overwhelmingly white British with only 8% born abroad compared to around 13% across England and Wales.

People move for all sorts of reasons and have always done so. But the issues of immigration and population change cause alarm as well as joy. This guide looks at the facts and figures behind the emotional headlines.