At present (October 2015) the age at which you become entitled to the state pension is 65 for men and 62 years and 8 months for women.

Women’s state pension age is rising in stages, a month at a time, and will reach 65 by 2018. The postponement of retirement will not stop then, and state pension age for men and women will rise to 66 by 2026 and 67 by 2028. It is not supposed to rise to 68 till 2044, but the government plans to review this decision in 2017 and many commentators expect them to speed up this process.

The government argues that this is a fair decision. George Osborne announced the principle behind it in his 2013 Autumn Statement:

We think a fair principle is that, as now, people should expect to spend up to a third of their adult life in retirement.

Based on latest life expectancy figures, applying that principle would mean an increase in the state pension age to 68 in the mid 2030s and to 69 in the late 2040s.

The Chancellor relied on people failing to think through what is fair and what isn’t in retirement policy. Most of us hope to have a few years of “active retirement” after we finish employment – time to spend doing things with friends and family, crossing off some of the items on our lifetime lists. One of the requirements for this is that we should be healthy enough to live an active life (this is not the same as not being disabled, disabled people can be as healthy or unhealthy as non-disabled people.)

Unfortunately, life expectancy figures are substantially higher than healthy life expectancy. In England, a boy born between 2011 and 2013 could expect to live, on average for 79.4 years, and a girl for 83.1. A man who did not retire till they were 69 could expect, on average, ten years of retirement and a woman 14 years. This is a long way from a third, but it does not sound unreasonable.

But, if we looked at retired people, we would find that very many of them were not healthy, not healthy enough for an active retirement. Of these English boys and girls born in 2011 – 13, the males could expect to live 63.3 years of their 79.4 years of life in “good” health and the females could expect 63.9 years of “good” health. (Most of us know that women can expect to live three or four years longer than men, the fact that the gap in healthy life expectancy is much smaller is less well-know.)

According to official figures, life expectancy and healthy life expectancy the Midlands is a little lower than for England as a whole. In both East and West Midlands, Healthy Life Expectancy is already lower than the current state pension age for men and it will be lower for women by 2018:

Figures like these, however, drastically misrepresent the unequal impact of raising the state pension age. There are certainly inequalities between regions, but the most shocking inequalities are between poorer and richer areas.

We can see this using a second set of official figures, in which England is divided into more than 32,000 areas. These are ranked from poorest to richest (using the English Indices of Deprivation) and then divided into ten deciles. The Office for National Statistics then calculates the life expectancy and the healthy life expectancy for the men and women in each decile (life expectancies are so different for men and women that it is not useful to report them together).

There is a clear “social gradient” in life expectancy:

Life expectancy at birth by decile of area deprivation, England, 2011-13 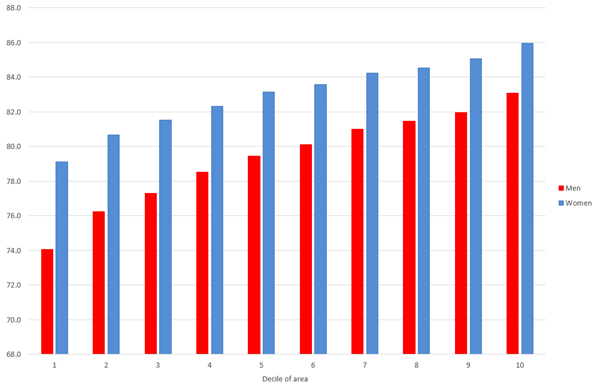 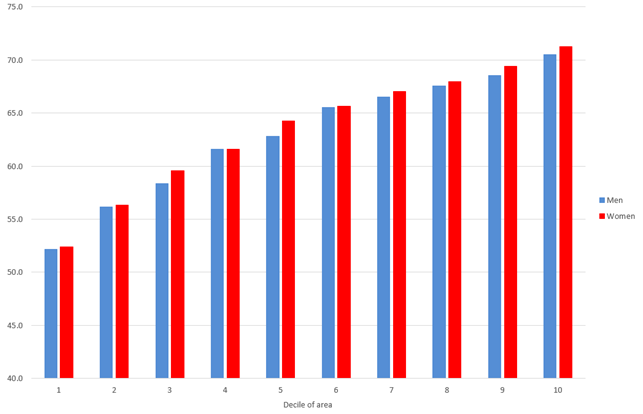 In the bottom 40 per cent of areas healthy life expectancy is lower than state pension age for women and in the bottom 50 per cent it is lower for men: 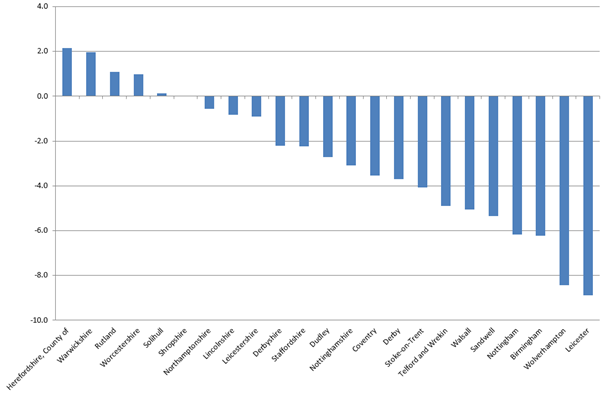 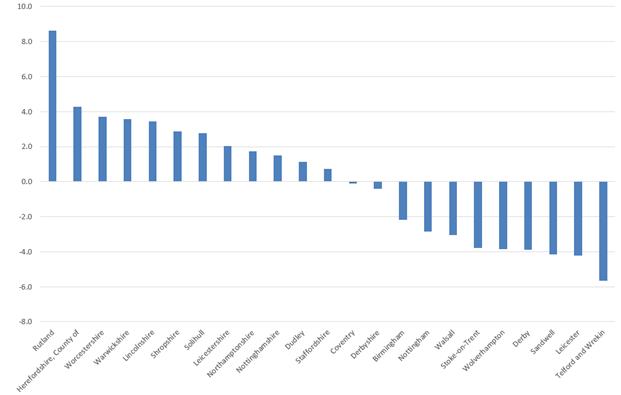