Frances has been an active trade unionist and campaigner all her working life. She has been employed in a range of jobs from shop work to the voluntary sector.

Before the TUC, Frances worked for the Transport and General Workers Union where she worked on successful campaigns to stop the abolition of the Agricultural Wages Board and for the introduction of a national minimum wage, equal pay for women, and on a range of industrial wage claims.

In 1994, Frances was appointed as TUC Campaigns Officer and ran campaigns for equal rights for part-timers and against low pay. In 1997, she was appointed to head up the New Unionism campaign and launched the TUC's Organising Academy.

As well as driving new recruitment campaigns in call centres, supermarkets and new media, the Academy set out to attract a generation of new 'young guns' into the trade union movement and shift the 'male, pale and stale' stereotype to a profile that better fits a six million plus membership that is now 50:50 men and women.

Frances went on to head up the TUC's organisation department in 1999 and reorganised local bargaining for skills projects into the unified national brand of unionlearn, which has grown to help a quarter of a million workers into learning every year – a track record of success that continues to attract the support of hundreds of employers and public funding from the government.

As Deputy General Secretary since 2003, Frances led on winning the 2012 Principles of Co-operation Agreement with the Olympic Authorities, guaranteeing on-site minimum standards for local jobs, health and safety and the London living wage. Frances has also led on industrial policy arguing the case for a strategic approach to rebalancing the economy in the wake of the financial crash.

In January 2013, Frances became the General Secretary of the TUC, the first woman ever to hold this post. Fair pay remains a core ambition – she was on the Resolution Foundation's Commission on Living Standards, and has been a member of the Low Pay and the High Pay Commissions. Frances is a strong believer in protecting the public service ethos, opposes privatisation and leads the TUC campaign to save the NHS.

Frances was born in Oxford, has two adult children and lives in North London.

If you would like to interview Frances, please contact the TUC media team. For photographs of Frances go to www.tuc.org.uk/francesphotos

Frances in the news 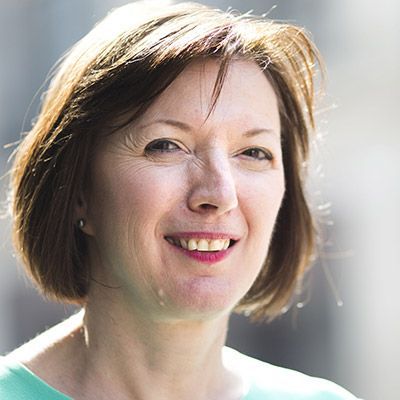 Related
content
Blogs
This year has tested the labour movement like never before – and we rose to the challenge
This year our movement has worked tirelessly to further the cause of workers. Let’s spread the word.
Make Britain’s goal for 2021 full and decent employment
In her New Year message, TUC General Secretary Frances O’Grady thanks key workers for keeping the country running through the pandemic. And she calls on the government to invest in levelling up all parts of the UK and achieving full employment.
The new job scheme is important – but ministers will need to do far more
The short-time working scheme announced by Rishi Sunak is an important step. But let’s be clear: it’s just one piece in the jigsaw of support we need.
More blogs
Reports
TUC and CBI call on Prime Minister to urgently change Brexit approach
Frances O'Grady - 21 Mar 2019 | Economy, jobs and pay, Trade, Europe
This deal will threaten UK workers’ rights
Frances O'Grady - 07 Dec 2018 | Europe
Join a union
Enable Two-Factor Authentication