Commenting on today’s (Wednesday) GDP figures, showing a reduction of 1.5% for the first quarter of 2021 overall but a rise of 2.1% in March, the TUC urged caution based on regional data showing sustained negative growth and job losses across the region.

Despite the improved national outlook, regional data released last week showed that Yorkshire & the Humber’s economy is 6.4 per cent smaller than pre-pandemic levels.

Payroll data for Yorkshire & the Humber showed that 53,000 workers had lost their jobs in the last year.

Manufacturing in the region has reduced by over 5 per cent compared to a year ago.

“The picture isn’t as rosy as it looks. Our region’s economy is still in a bad way, and tens of thousands of workers in Yorkshire have lost their jobs.

“If the government is serious about levelling up, we need to see unprecedented investment in jobs and infrastructure, and targeted support for the worst hit sectors such as culture, hospitality, and retail.

“You would expect Yorkshire’s Conservative MPs to be banging down the door to No. 11 Downing St. It is disappointing that they don’t seem to understand the depth of the crisis in our region.”

“That is why the election of West Yorkshire’s first metro mayor is so important to the economic recovery. Tracy Brabin will be able to step in where the government has failed.

“It is incumbent on Conservatives MPs to work constructively with our metro mayors to direct investment and deliver the levelling up agenda.”

“That is why Yorkshire’s metro mayors are so important to the economic recovery. Dan Jarvis will be able to step in where the government has failed.

“It is incumbent on Conservatives MPs to work constructively with our metro mayors to direct investment and deliver the levelling up agenda.”

“The tourism industry needs all the help it can get in North Yorkshire, and I am surprised that on the Chancellor’s home turf, the government isn’t more willing to step in to supports jobs and small businesses.”

“The steep fall in manufacturing in our region is a huge problem for East Yorkshire & the Humber. We need local Conservative MPs to recognise the crisis facing hundreds of workers across the region and demand action from the government.” 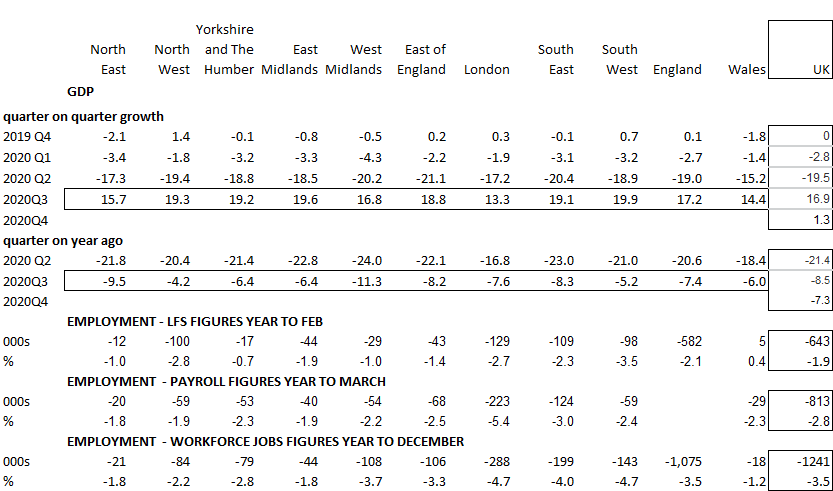 - The Trades Union Congress (TUC) exists to make the working world a better place for everyone. We bring together more than 5.5 million working people who make up our 48 member unions. We support unions to grow and thrive, and we stand up for everyone who works for a living.