Tackling the far right - a view from Wales 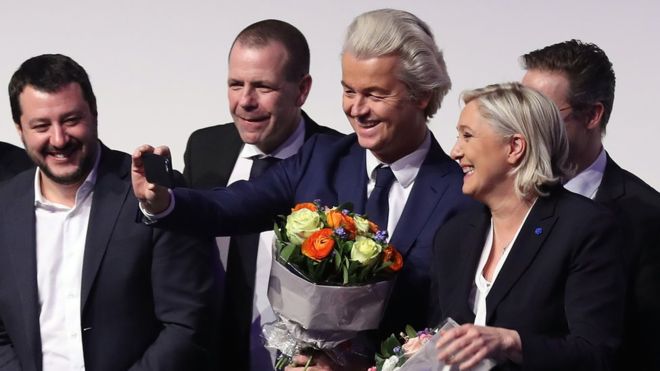 The parties who gained seats in the European Parliament election include the Freedom Party of Austria, Danish People’s Party and the Italian League Party. Together, they form the 'Identity and Democracy' parliamentary group.

Why does the trade union movement care about the far right?

​I grew up in Italy, and I vividly remember how the Lega Nord hijacked populist issues in Northern Italy.  They spread hatred and fear of immigrants. To the Lega Nord, this included Sicilians and Neapolitans moving north for work.

UKIP no longer has any seats in European Parliament, but they still hold two seats in the Senedd. The far right is a real threat here in Wales.

How can we tackle the far right in Wales?

We’ve created an interactive eNote to train our members to combat their lies and half-truths. Our new eNote is available in both Welsh and English and will: ​

My favourite part is the ‘having difficult conversations’ section. It takes you through a conversation with ‘Dave’ and his concerns around immigration.

The aim is not to attack Dave, but to make him look more closely at his views, to subtly change them.

While we want to actively challenge far right views and opinions, we need to do it without driving people like Dave away.

If we don’t do it properly we could end up pushing Dave deeper into the arms of the far right. ​

Why don’t you try it for yourself?

Tackling the far right
Far-right extremism is on the rise in our workplaces and communities. Our new, bilingual Tackling the Far-right eNote will help you stand up to them.
Blogs
In Leicester and beyond, migrant workers are being exploited
Natasha Owusu - 15 Jul 2020
Why the new points-based immigration system threatens everyone's rights at work
Rosa Crawford - 19 Feb 2020
EU settled status: what you need to know
Rosa Crawford - 18 Oct 2019
A political stunt that offers nothing to working people – our verdict on the Queen’s Speech
Kate Bell - 14 Oct 2019
Join a union